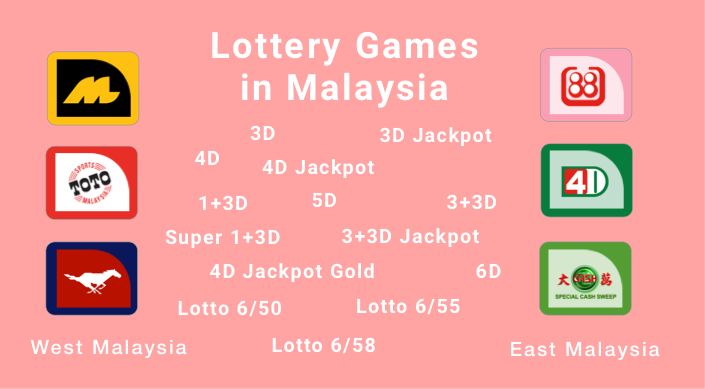 The newest lottery introduced into the Malaysian lottery scene, the Star Toto 6/50 replaced the Grand Toto 6/50 on the 19th of October 2018 and is offered only by Sports Toto. The introduction is in line with the company’s efforts to improve the gaming experience for the players.

The minimum bet to play the game is only RM1, and players pick a combination of 6 numbers ranging from 1 to 50.

There are 7 prizes available to win, with cash prizes ranging from a minimum RM1,188,888 for Jackpot 1 to RM 8 for the 7th prize. To increase the odds of winning, the Star Toto 6/50 offers the System Play and EZ-Bet playing methods, aside from the Standard play. These playing methods offer customers with the possibility of winning both Jackpot 1 & 2, but the costs are increased accordingly to the system of play.

There are currently 3 variations of the 6/55 Power Toto lottery:
– Standard
– System Play
– EZ-Bet

The odds of winning the first prize jackpot is 1/28,989,675 – that’s a 0.00000345% chance of striking first prize! The game draws mostly on Wednesdays, Saturdays & Sundays. There are special draws on Tuesdays occasionally. (Refer here for the special draw dates)

The Supreme Toto 6/58 is another lottery game that shares the same concept as the Star Toto 6/50 & Power Toto 6/55. Similar to the other lottery games mentioned above, the Supreme Toto 6/58 is only at Sports Toto outlets. With a minimum bet of RM2, players stand a chance to win the 1st prize jackpot of a minimum RM8,888,888! There are 4 prizes available to win, with its lowest prize offering RM8 per RM2 bet.

Its predecessor was the Super Toto 6/49, to which was one of the initial games Sports Toto started with when the Lotto games were launched in 2008. The Supreme Toto 6/58 was launched on the 18th of March 2010, with a variety of prizes that accompanied the launch. Before the lotto could be run, the company had to gain approval from the authorities and upon its approval, the announcement of the 6/50 was made via press release on the 11th of March 2010. The first draw of the lotto was held on the 20th of March 2010, a Saturday.

However, there are different playing methods available to increase the players’ odds of winning the jackpot and they are:
– System Play
– EZ-Bet

The draw days for the Supreme Toto 6/58 are often on the Wednesdays, Saturdays & Sundays of the week. Occasionally there are special draws on Tuesdays as well.